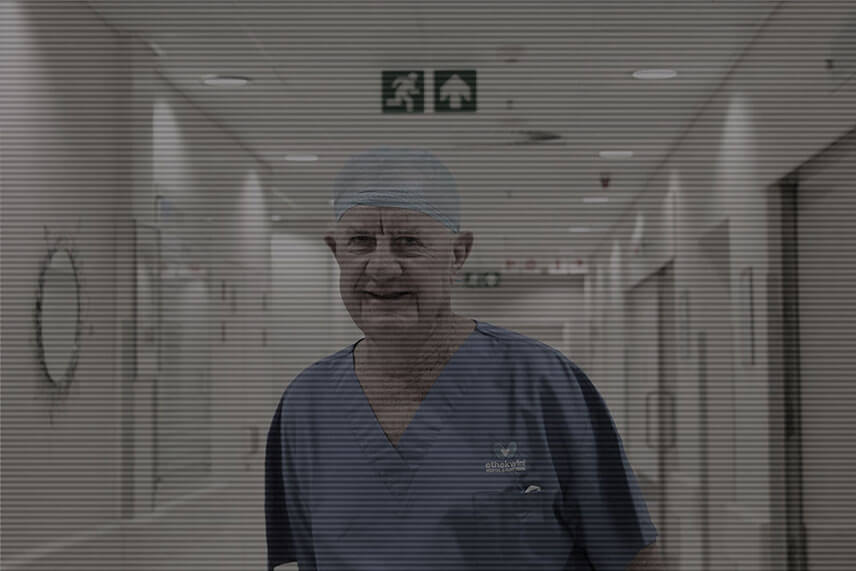 Posted at 07:49h in Uncategorized by Bronwyn Tnng

Internationally renowned cardiothoracic surgeon, Professor Robin Kinsley’s dedication and contribution to the medical profession were recently recognised when he received a lifetime achievement award from the Society of Cardiothoracic Surgeons of South Africa (SCSSA).

Professor Kinsley heads up the multi-disciplinary paediatric cardiac team at Netcare Sunninghill Hospital in Johannesburg as well as the recently established Maboneng Heart Institute at the hospital,

a paediatric cardiac transplantation programme for children whose only hope is a heart transplant.

The award was presented to Professor Kinsley at the 26th World Congress of The World Society of Cardiothoracic Surgeons, which was jointly hosted with the 17th Annual SA Heart Congress held in Cape Town and attended by cardiac specialists from around the globe.

Professor Kinsley, affectionately known as Rob by his staff and colleagues, was recognised for his extraordinary contribution to medicine. The citation on his SCSSA award states that it is presented in “recognition of and appreciation for his dedication, leadership and contribution to cardiothoracic surgery”.

Professor Kinsley, who once described himself as “the best assistant in the world”, said that the SCSSA award was “a great honour” and a highlight of his 43-year career. “I am extremely grateful and deeply humbled by this award. There is no greater recognition than that given by one’s colleagues, and for me it is the greatest possible tribute I could ever receive. I would like to thank my colleagues, staff and everyone who has in some way assisted me to walk this road, for their support and dedication over the years.”

Dr Hendrik Mamorare, a fellow cardiothoracic surgeon practising at Netcare Sunninghill Hospital, paid tribute to Professor Kinsley saying: “Rob continues to teach and to challenge us to think critically before we undertake any major surgery and it is always a privilege to assist him in theatre.”

Managing director of the Netcare Hospital division, Jacques du Plessis, congratulated Professor Kinsley on receiving the lifetime achievement award. “This recognition is well deserved; Dr Kinsley has been an inspiration to his staff and colleagues, and a towering figure in the history of paediatric cardiothoracic surgery in this country.

“He has pioneered advances in his field of medicine, served and led numerous societies, written some 80 articles, received several awards and, most importantly, saved the lives of hundreds of children from throughout the continent. It has been a distinct privilege for Netcare and Netcare Sunninghill Hospital to work with Prof Kinsley and we thank him for his leadership and invaluable contribution over the years” adds Du Plessis.

Professor Kinsley, who enjoys golf and spending time on his farm in his spare time, holds a Bachelor of Surgery from the University of Witwatersrand, a Fellowship of the College of Surgeons of South Africa and is a Fellow of the American College of Cardiology. He was awarded the Cecil John Adams Travelling Fellowship in 1972.

He gained post-graduate experience at the Mayo Clinic Rochester in Minnesota, USA, where he trained as a cardiac surgeon before working as a cardiothoracic surgery consultant at the University of the Witwatersrand after which he moved into private practice.

Netcare Sunninghill Hospital has two dedicated open-heart theatres and a 23-bed paediatric cardiac intensive care unit. Patients are referred for the management of cardiovascular disease and disorders from all over Africa.

Dr Richard Friedland, chief executive officer of the Netcare Group, said that Professor Kinsley had set an exemplary standard of excellence in cardiothoracic surgery that has been recognised not only in South Africa but also internationally.

“He has shown exceptional surgical insight, dedication to his profession, an incredible work ethic, integrity, high ethical standards and respect for all who have come into contact with him. Prof Kinsley has touched the lives of thousands of children and their families during his illustrious career. He is an icon within the medical profession, an asset to our nation, and is a most worthy recipient of this SCSSA lifetime achievement award,” concluded Dr Friedland.